View to the Stenton mansion across the fescue lawn, 2017

During the Logan era, the Stenton Mansion sat within an extensive agricultural plantation. Beyond a very small precinct surrounding the building, the landscape was dominated by open agricultural fields, including extensive areas of grasses that were grown for animal forage. The plants in theses areas then were native cold and warm season grasses, native wildflowers and other herbaceous plants. As part of the landscape rejuvenation project, LDCP proposed the creation of an urban meadow in areas of the property that were under-valued and not contributing to the institution’s mission. 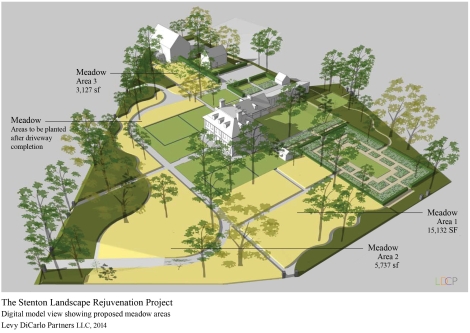 In 2015 Stenton was the recipient of the Garden Club of America’s Founders Fund Award which funded the first and largest part of the urban meadow.  LDCP worked with Larry Weaner Landscape Associates to design a meadow specific to the site conditions. Much of the area is moist and lies below mature shade trees, and so was planted with custom mixes of native sedges. Areas on the sides of the mansion that were originally walled courts were planted with low-growing fescues. Before the meadow was seeded, a new driveway (in an historically inspired alignment) was installed.  This allows an approach with a view to the mansion set within the meadow.

The meadow was first seeded in 2016. At that time demonstration beds were also planted with perennials that will be added to the meadow over time. As of June 2018 the sedges are beginning to assert themselves in well-established stands, and asters and phlox are spreading. 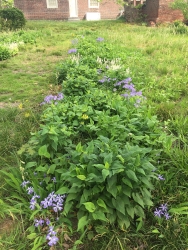 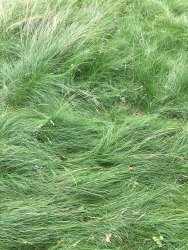 In 2018 a bronze memorial to James Logan, that once stood on the steps of the Library Company of Philadelphia, was installed in a clearing within the meadow. New perennial plants were added to the edges of this clearing, including Spigelia marilandica (Indian pink, woodland pinkroot)–the only plant in the Loganiaceae family that is native to the mid-Atlantic region. Loganiaceae was named for James Logan by Linnaeus in 1753.